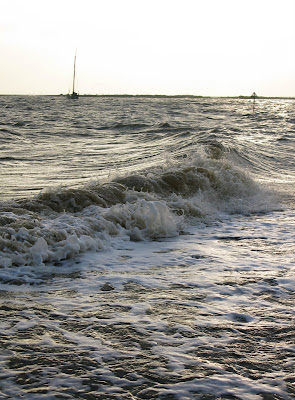 Well, goodness, what a Musings-lite January it's been!

Let's get the excuses bit out of the way first:

Huge backlog of urgent editorial work following time off with flu and prolonged bout of post-flu lethargy; dog in quarantine with kennel cough, so no incentive to march along beach taking random snaps of tbta/m/e; pathetically low (borderline zero) novel reading rate, owing to inability to stay awake in the evenings (cf post-flu lethargy above); general January-induced lack of interest in anything much at all and urge to snuggle under duvet with glass of Baileys instead of galvanising brain into coherent activity when not actually at my desk working. 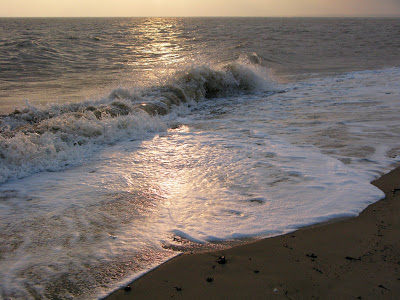 Now for the apologies and thanks:

Apologies to all those who have visited Musings in recent weeks and found absolutely nothing new for ages, and most especially to those who have been kind enough to give my blog an honorable mention/link, including Martin Edwards, the Caustic Cover Critic, Leah and Rebecca, aka the Oxford Reader on Mark Thwaite's Book Depository blog - to all of whom many, many thanks. 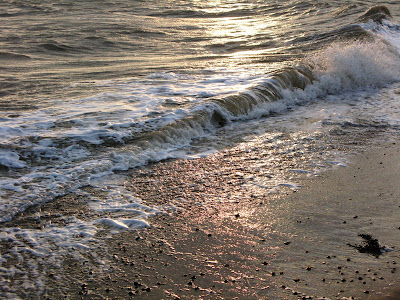 Thanks also to all who have left comments and sent emails enquiring after my well-being and asking if/when daily offerings from the Muddy Island will resume - I have been so touched to receive your messages, which prove once again, if proof were needed, that the blogosphere is the Global Village incarnate, and full of the nicest people, and that No Woman Is An Island, even if she lives on one. 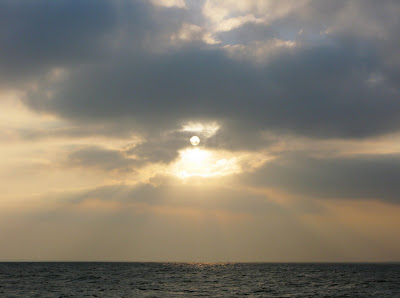 I went for a brief but hearty trudge on the beach this afternoon, in the face of the most piercing, bitter wind, and took the photos above. 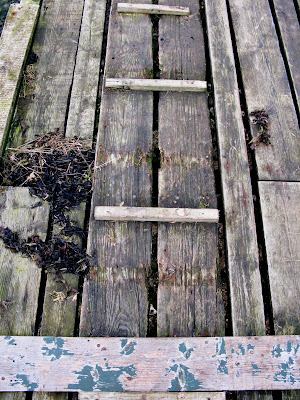 So, wither Musings? For a while, I really didn't miss blogging at all - there seemed to be so many other, more important, things to worry about, both in my own life, and, more pressingly, in the lives of those around me. It's been a tough month for everyone, I fear. And earning a living, meeting deadlines for clients, and trying to dispatch finished jobs back to publishers faster than new ones arrive at my door - these are the things which have had to take priority over blogging. 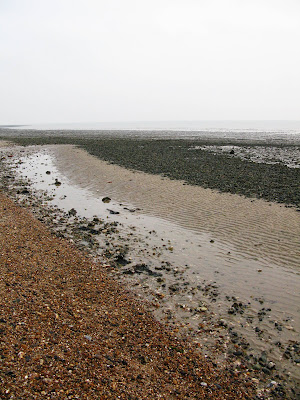 But today, returning from my blustery walk, looking through my snaps, and catching up with last week's Observer (that's how far behind I am!), which was absolutely bursting with reviews of must-see films, must-read books and must-listen-to music . . . I felt a sudden whoosh of inspiration and a lifting, at last, of the old SADs. It's the last day of January. Which means that Spring is only just around the corner! (Well, almost.) And what a difference that makes. 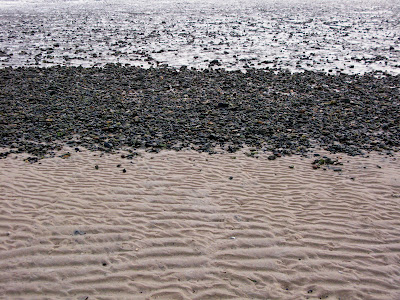 Anyway, by way of a bit of catching up, above are a few pics from earlier in the month. I'm fascinated by the way the ebbing tide leaves such discrete, contrasting bands of colour and texture on the beach. I've no more idea of the science that lies behind this than I have of the science that lies behind anything else, and it would boggle my mind to try (I take perverse pride, even now, in having achieved an all-time low of 3% in a Physics exam when I was 14: I hope my children are not reading this!), but I delight in its aesthetic effects so much that I could happily gaze at them for hours at a time.
Also, just to prove that I have engaged with life beyond the desk and duvet, albeit very slightly, below are some photos from the London Boat Show which I hope will appeal to Chandlery Fetishists of my acquaintance. 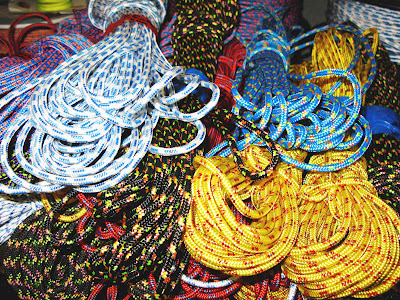 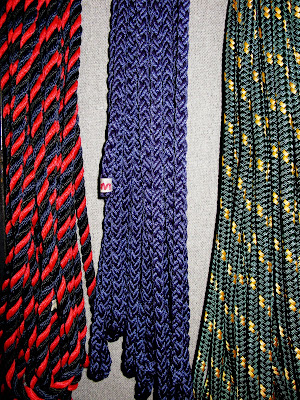 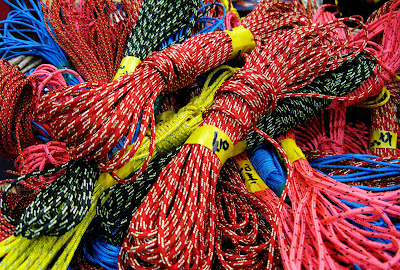 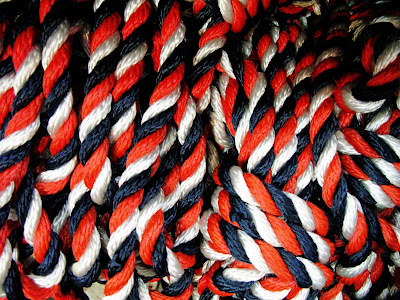 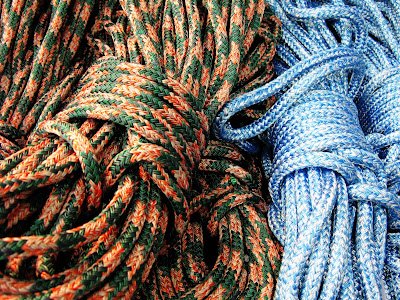 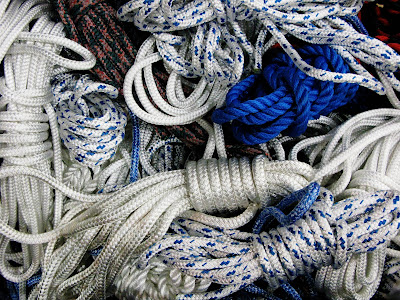 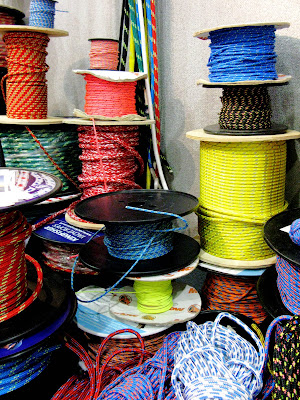 And, finally, a compilation from Steve Tilston, whom I heard at Colchester Arts Centre a couple of weeks ago:

Ah - good to see you back! I really look forward to your postings as an antidote to the 38 degreeC( 100+F) days here in Western Australia! Glad your absence was no more than the Winter doldrums!!

Good to see you back, J, but I know what you mean about life taking over. Blogging does have to take a back seat from time to time and it makes sense to evaluate why we're writing our blogs and what we're writing about. I suspect that most blogs, with a very few exceptions, have a limited lifespan. But, even if we blog for no more than two or three years, that's a heck of a lot of words and images. And quite an achievement.

I'm sure this is something we will be returning to again and again in the coming weeks and months - on-blog and off . . .

It is really good to see you in action again, J. I think many of us have been too busy or uninspired recently to write.

I don't know the science behind the beach images, either, but they sure look great.

Lovely post, and welcome back! Glad you are going to continue - but I share your ambivalent relationship with blogging. Sometimes it seems a burden, which is silly as (for me) it is both a hobby and a therapy. I need to remind myself sometimes that I do it because I like it, and so if I have an off-phase, that is "OK". I tend to apply the work-ethic to it, almost unconsciously, as that is what one has to do to everything else in life (which seems always to be about responsibilities to one thing or another.)

We are kindred spirits.
When I was a freshman in college, I racked up a wonderful 10 average in algebra. And that was only because there were always five problems to solve and you got two points each for writing them down. So my actual average was 0. I couldn't solve any of them. The professor wisely suggested I drop the course (I could switch to Greek, which I did).

Wonderful to see you back. I kept popping in and wondering if you ill or just busy. Lovely photos as always. You make even boat supplies look pretty!

Good to see you back, longer days are good for the soul

So pleased you're back 'in the zone' as they say. We were starting to get worried about you!
Beautiful pictures too.

Lovely to have you and your camera back among us. Just lurv that sand picture. AliB

I was wondering what had become of you. I am glad to know there has been no cataclysm. I can't see a rope without thinking of you.

Hurrah! You're back! Really glad all is well.

Lovely to see you have resumed blogging. I've missed tbtm/a/e.

Welcome back. So sorry you have been ill.
Lovely pix, as ever.