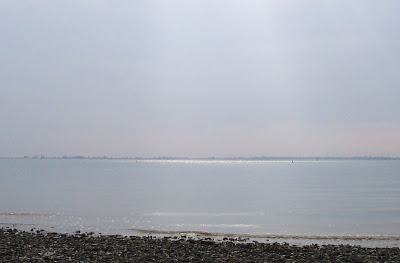 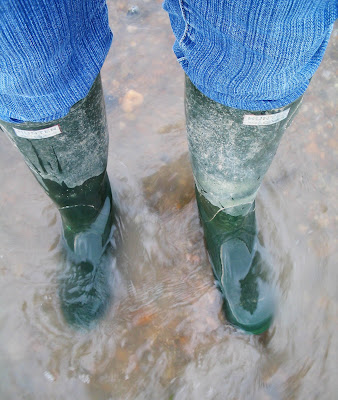 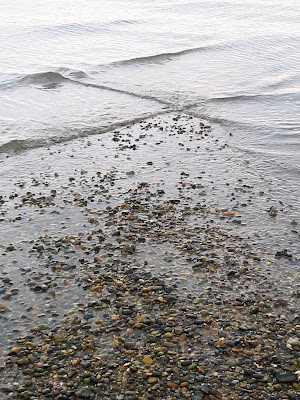 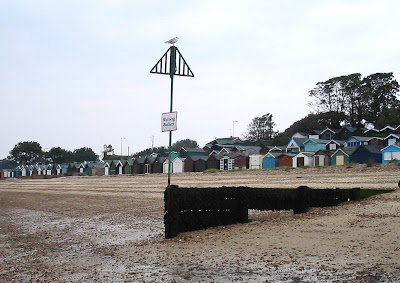 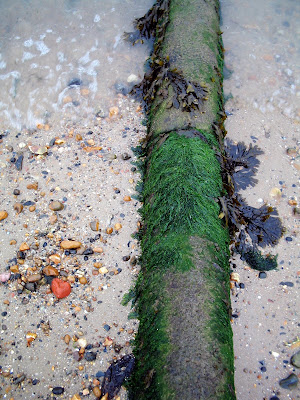 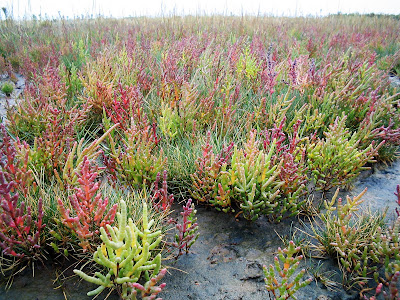 Dullish but mild. A perfect morning for a spot of in-depth musing.
Strange being back in wellies again, though!
Thinking of which, the Boy was half-way through lunch the other day, when I suddenly noticed!
Me: Whatever are you doing wearing wellingtons indoors? Especially at the table!!
Him: Well they're a bit stuck.
Me: Don't be silly - go and take them off this minute.
Him: They won't come off.
Me: What do you mean, they won't come off? Go and put them outside.
. . . At which point he admitted that he had, for reasons not entirely clear, even to himself and despite possessing two pairs of his own, put my (size 4) wellies on his (size 7) feet and, consequently, when called in for lunch, he was indeed completely unable to remove them.
I sent him into the garden with his big sister and he was eventually - after 40 minutes' struggle and a lot of squealing - relieved of my beloved wellies. Which were, miraculously, undamaged.
Posted by Juliet at 21:35

I have just happened across your blog by accident and I love your photographs - I also think I would love where you live - the peace fair leaps out from the page!! I shall bookmark you and return often !!

rotfl... so glad your wellies survived!

Juliet, I have never, ever seen quite such an exquisite picture of autumnal samphire. It almost looks edible!

Thanks for the wonderful pictures, as ever, and glad the wellies survived parturition!

Tracy - hi! Thanks for visiting -I'm pleased to have discovered your blog too, and especially enjoyed the wild goose post.

Sally - yes, even I (grumpy mother with food going cold on the table and clods of mud under it) saw the funny side once I'd satisfied myself that the wellies hadn't split. I've had them for ages and am hoping they will keep on going for decades to come!

Greg - Thanks, the colours are truly amazing at this time of the year. But, as ever, I merely point and click!