Not suitable for all readers 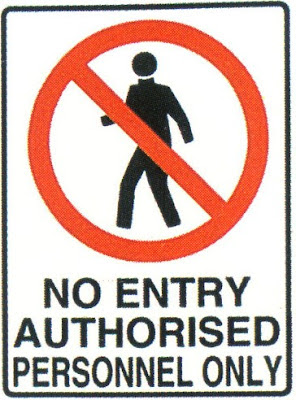 Should children's books display 'age branding', labelling them 'suitable' for a particular age range?
Publishers, it seems, have decided that they will sell loads more children's books if they brand them all with an age recommendation and are pressing ahead with a move to make this the industry standard on book covers.

The campaign No to Age Branding passionately believes that this is a wholly misguided step:

'We are writers, illustrators, librarians, teachers, publishers and booksellers. Some of the undersigned writers and illustrators have a measure of control over what appears on the covers of their books; others have less.

But we are all agreed that the proposal to put an age-guidance figure on books for children is ill-conceived, damaging to the interests of young readers, and highly unlikely, despite the claims made by those publishers promoting the scheme, to make the slightest difference to sales.

We take this step to disavow publicly any connection with such age-guidance figures, and to state our passionately-held conviction that everything about a book should seek to welcome readers in and not keep them out.'

Since the campaign went online on 2 June it has received over 800 messages of support.

He is absolutely right.

I am extremely lucky. I have never had to cope with dyslexia or any other learning difficulty, either personally or as a parent. My children all read well for their ages but, even so, each of them stalls quite frequently, and needs some (low-key, softly-softly) encouragement to help them pick up something to read which will absorb them completely and carry them off again, into other worlds and down new avenues of discovery and enjoyment. It often seems that, at any given moment, I have two reading voraciously and one who's 'stuck', unable to find exactly the right thing.

I don't despair, however, because I remember only too well the wilderness years in my own early adolescence when I was too old for Enid Blyton and pony stories, but not old enough for Charlotte Bronte or Jane Austen. What I remember most of all was (a) yearning for books which would give me the kind of all-consuming enjoyment which Enid Blyton had given me at the age of 7; and (b) harbouring a steely determination not (on any account) to read anything of which my mother had proclaimed 'when I was your age I was reading this'. (Hence I have never read Treasure Island or Children of the New Forest!)

After a lot of browsing through mainly non-fiction in my early and mid-teens, I discover Monica Dickens and Daphne du Maurier and then Thomas Hardy and - whoosh! - I was off and have never really stopped. Right up until A-level, however, the books on my school's curriculum seemed absolutely guaranteed to turn off any interest in reading whatever. Apart from some dire and deeply boring 'age-appropriate' novels, written apparently exclusively for the schools market, I was forced to plough reluctantly through H Rider Haggard and T E Lawrence, plus Dickens at far too young an age. All jolly good improving stuff for a Boy's Grammar School in the 1940s, perhaps, but this was the 1970s and I was a girl!

The relevance of these autobiographical ramblings is that what got me reading again was not the pointed recommendations of my mother but chance encounters with interesting novels which I discovered for myself. They were never books which declared themselves 'suitable for my age-group'.

I read my first Agatha Christie under the bedclothes with a torch while staying with my great-aunt, and felt very daring for having purloined it from her shelves. I sneaked Tess of the d'Urbervilles out of the 'senior' section of the school library when I was really only eligible to borrow books from the 'junior' section. I read my first Ian Fleming James Bond when I was 12 - stolen from the top shelf of my father's bookcase purely because its position there flagged up the fact that it was 'unsuitable for children'.

As a former bookseller I am only too familiar with the customer who wants 'something suitable for a 7-year-old boy'. My own response was always to try to establish what kind of 7-year-old we were talking about. What were his likes and dislikes? Was he able to read to himself or were we looking at something which he'd enjoy having read to him? Often the customer didn't have the first idea. The 7-year-old was a godson, or a nephew. They were on uncertain ground (and consequently often defensive - even aggressive). They would have loved to see stickers on books which branded them 'suitable for 7-year-old boys you don't know very well'. But what effect would such stickers have had on the 7-year-old boy who came in to browse through books himself? If a book had a 'suitable for 8-year-olds' sticker on it, would he reject it? Yes, probably, he would. Which would be a Bad Thing. A Very Bad Thing Indeed.

Here on the Muddy Island, we have been sorting out SD#3's bookcase these past few days. 'Oh, I can't have this any more, you'd better send it to the charity shop', she said, holding up Stories for Five Year Olds. 'But you love those stories', I replied, 'don't you want to read them any more?' 'Yes', she answered, 'but I'm 6 now, so I can't'.

Age branding helps the hesitant buyer of books for their own or (more likely) other people's children. It certainly does not help children themselves. If children are exposed to a wide range of books, at school, in libraries and at home, they will find what is right for them. It may be a surprising choice. It may very well not be what we would have chosen for them ourselves. But they will be becoming real readers and forming the habits of a lifetime.

Personally, I take a fairly 'how dare you?' attitude to being 'marketed at' by publishers or by purveyors of any consumer goods. I want to discover things all by myself, thankyouverymuch. I do not fall for the transparently cynical 'hey, if we make the cover of this useless book look almost identical to the cover of that good and very popular book then those stupid mugs will buy it' conspiracy between too many publishers' marketing and design departments. I don't know many people who do fall for it, but still the publishers persist. Neither am I particularly keen (call me a snob by all means ) on having non-removable 'stickers' printed on to the book I am reading which proclaims it to be a favourite of Richard and Judy's.

How much worse, then, to be 8 yet to find that the stories one really, really loves in all the world are stamped with the words 'suitable for aged 2-4'. How would that make us feel? Babyish. Foolish. Hopeless. Lost.

(Which brings me neatly to another first-rate post on Vulpes Libris, about the estimable publishers Barrington Stoke , who publish ‘real’ books for less able or struggling readers. So a 14-year-old with a reading age of 6 or 7 will find books with themes, characters and plots which interest and excite them rather than have to be stuck with books aimed far younger readers.)

I've signed the No to Age Banding petition. If, reflecting on your own reading journey and/or those of your children, you too feel strongly that books should welcome readers in and not keep them out, then do please sign up too
.
Posted by Juliet at 08:00

Well done for flagging this up, J. I've been over and added my name. (The link at the end of your post doesn't work but the one at the top does)

This is very interesting, my Mother remembers being very frightened by the Dickens characters in Great Expectations, particularly the graveyard scenes. As an adult she realized that it was not written for children and was particularly frightening as it was read aloud to her. When you read to yourself as a child you somehow manage to get over scary bits in a different way. An adult reading aloud to you can make deep impressions on you.
I vividly remember a teacher reading the hobbit to us when aged eight and although parts were very frightening I would say this was one of those special experiences that affects you forever.
There are already guidelines in the sense that libraries and bookshops have childrens sections sorted by age etc but children can still access other books if they wish - isn't it okay as it is? What does your age signify anyway?

M - Thanks. I think I've fixed the link now.


T - What does age signify, indeed? Fiction publishers try desperately hard to pigeonhole potential readers as it is, by 'branding' (and 're-branding') their covers so their designs scream lazy categorisation 'chick lit', 'aga saga', etc at us. Will they ever start actually *printing* 'suitable for middle-class fortysomething women educated to first degree level' on the back? I begin to wonder.

Great post. I read my first Christie at 8, positively encouraged by mother. Both my parents were voracious readers and we were allowed to read pretty much anything, although our library books would be checked over regularly to make sure we weren't taking out anything too adult. The only book I remember having confiscated was something called (I think) Christiane F., about a German teenage junkie, which I started when I was about 11 or 12. Otherwise we were considered smart enough to make our own choices. My mother did try to get me to read Arthur Ransome and such, but failed, probably because they were /her/ books!

But , oh, the joy of reading under the bedcovers. Along with a book and a torch, I would also have my cat, all strictly forbidden of course. As was Alberto Moravia's Woman of Rome - shock, horror - which belonged to my much older brother and which I read cover to cover (under the covers) when I was barely a teenager. I'm now 60, still read Moravia, still read in bed, and I'm still accompanied by a cat (not the same one, of course), only these days I don't need a torch, just my specs.