Everyman, I will go with thee and be thy guide ... 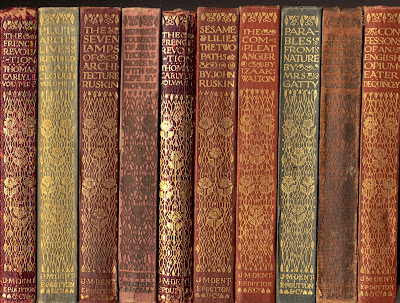 Finding myself both devoid of anything interesting to say and also somewhat overwhelmed by work (what’s new?) I’ve posted very little here in the last week or so. 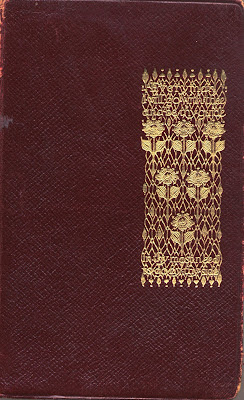 However, while performing a little therapeutic sorting out and (gasp!) dusting of my notoriously muddled bookshelves this morning – a displacement activity, given the state of my in-tray, but everyone needs the odd Sunday morning off, I tell myself, self-indulgently - I decided to collect together in one place various vintage tomes I’ve acquired over the years, including all my Dent Everyman Library volumes. 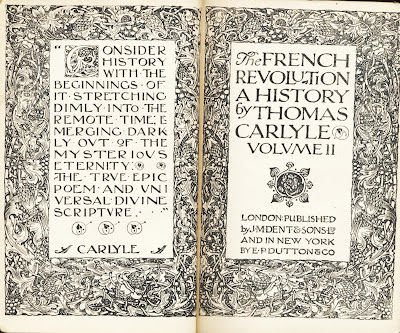 How many bibliophiles do not boast some of these gorgeous little books in their collections? 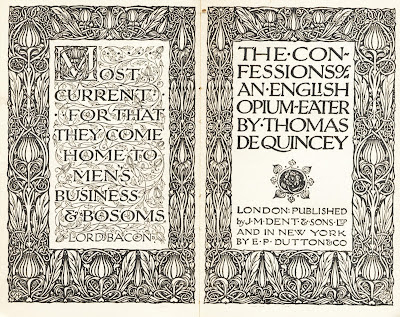 Mine include a goodly number from the 1906-1928 series, featuring these most wonderfully elaborate Arts & Crafts-style title pages by Reginald Knowles. 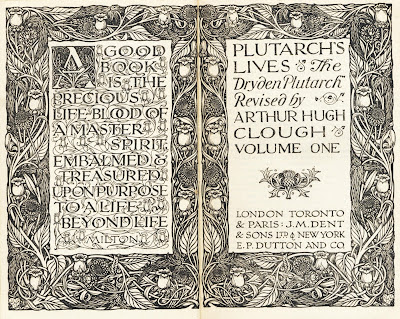 Although I’ve picked up many in shops and booksales over the years, at least a dozen have been handed down by my grandparents, godmother and great aunt. As young adults in the heyday of the Everyman Library, such forebears would have been absolutely in Joseph Dent’s sights when he conceived the idea of selling well-designed editions of the world’s classics at one shilling a volume, ‘to appeal to every kind of reader: the worker, the student, the cultured man, the child, the man and the woman’, so that ‘for a few shillings the reader may have a whole bookshelf of the immortals; for five pounds (which will procure him with a hundred volumes) a man may be intellectually rich for life.’ 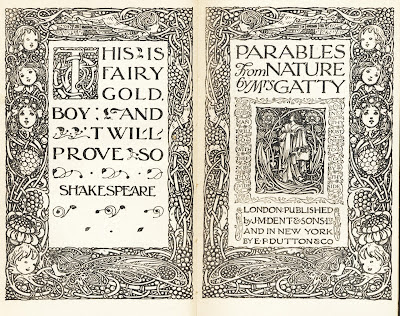 Dent himself had left school at 13, and arrived in London with half-a-crown in his pocket. My grandparents left school at 14 but it was inherent in their view of life, too, that they would continue to ‘better themselves’, and so they did, in various ways. A number of the Everyman volumes in my collection were presented as school and college prizes, but others were clearly purchased in the pursuit of further education. All are worn and well-used, and, in the case of my father’s mother's (who became an English teacher and scandalously refused to retire on her marriage in the 1920s), heavily annotated. How many of those who leave school at 16 now will go on to read Ruskin and Bulwer Lytton and De Quincy, one wonders. 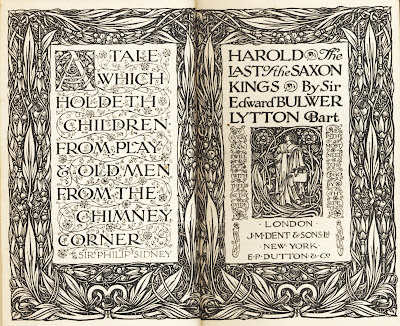 Since it’s quite possible to scan endpapers while inserting the page numbers into a table of legal cases (and listen to music at the same time – what a model of multitasking I am), I’ve scanned a selection here (the pages below down are from Dent books which are not from the EL but nevertheless show the consistent and continued excellence of the publishers' approach to book design). However, I would urge anyone who’s interested in finding out more about the Everyman Library to visit this comprehensive site , which supplements Terry Seymour's definitive book, A Guide to Collecting Everyman's Library. 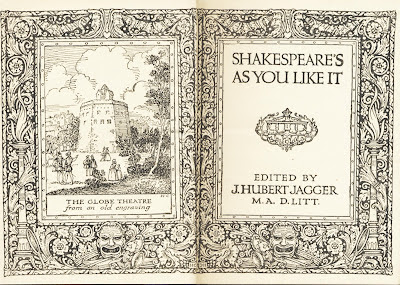 Most of my ELs date from what Seymour calls the 'Flatback Era’ (1906-28) , but the website shows every binding style used until 1976 , as well as those used for overseas editions, and there are illustrations of all the title page designs . 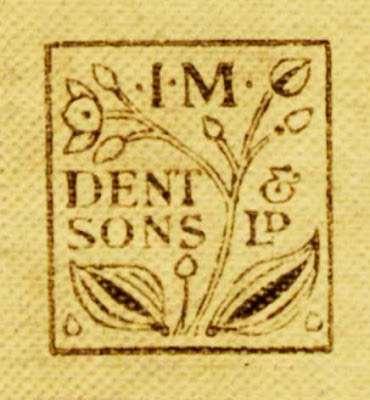 A recent exhibition, 'The ABC of Collecting Everyman's Library’ at the
University of North Carolina has sparked renewed interest in the original series. And, also online, there's a complete index of titles 1906–1956 here and a guide for collectors here. 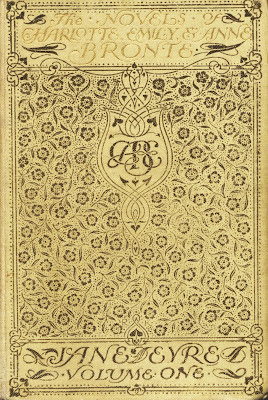 And, of course, despite the demise of J M Dent as an independent publishing house in 1988 (I went for a job interview there in 1987 but luckily took up an offer from Thames & Hudson instead!), the Everyman series has been revived (since 1991) by Orion in the UK and Knopf in the US (the latter is by far the more attractive and informative site). 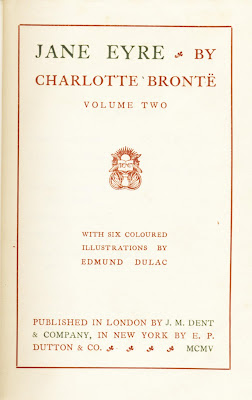 And what a joy it is to be able to buy, once more, such beautifully designed and well-constructed casebound books with decorative endpapers and silk ribbon markers. Long may they prosper. 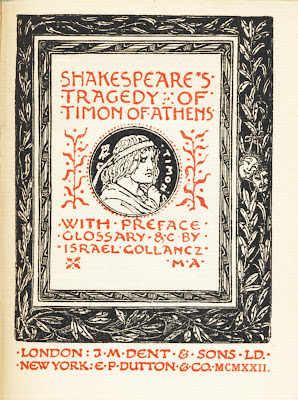 Which takes us back to the quote from Milton which adorned the first volume of the Everyman's Library: 'A good book is the precious life-blood of a master spirit embalmed and treasured upon purpose to a life beyond life.' 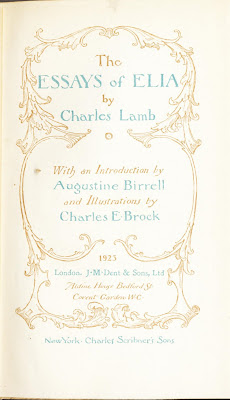 I'm so glad you posted about Everyman (now I know I'm not alone). In the days when there were many more secondhand bookshops to haunt, if there was an Everyman edition of a book that I wanted, then that was the one I bought. I blame it all on those title pages - simply the best. Ever.

Just pulled out a couple at random: Turgenev's Virgin Soil, purchased in Windsor on 19 January 1963, according to a note I put inside. And alongside it (and bought about the same time), Oblomov by Ivan Goncharov. (As an angst-ridden 15-year-old, I was heavily into Russian writers ... )

Since they became 'collectibles, it's been more difficult to find Everyman editions going for a snip. They were still just a few pence in secondhand bookshops when I started acquiring them in the late 70s. No doubt because they were then still so commonly found in grannies' bookcases throughout the land that nobody looked twice at them. And I suppose I was rather blase about them myself until I plunged headlong into a love of all things Arts & Crafts in my teens and realised what aesthetic riches lay just inside those familiar covers. As you rightly say, EL title pages are absolutely The Best.

(I must have been a late developer, though - I didn't get into Russian writers in my angst-ridden early 20s!)