I do so love the Cake Wrecks blog – it’s a hilarious celebration of the misguided, the weird and the downright disastrous in the wonderful world of cake decorating.


I thought I'd take a look to see what Halloween delights are being featured this week - and there are some excellent examples on offer here, here and here. 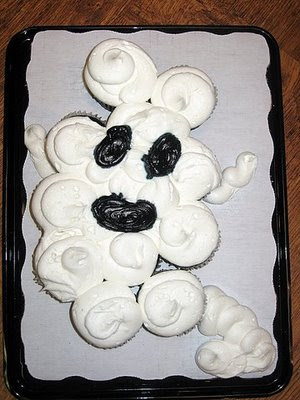 One of my favourite Cake Wreck posts ever is this one (which does indeed do what it says in the title) and Dr Who fans should also try this.


The latter in particular reminds me, cringingly, of the over-ambitious ‘Tracy Island’ I made for my Boy's sixth birthday.


I’m usually pretty good with cakes, and have achieved some famous successes. The intricate Celtic cross atop SD#3's christening cake (or rather on the first of the four cakes which spelled her name), the Building Site for Boy aged 3 and Old Bear and Small Bear for SD#1 aged 3 being three notable triumphs, not to mention Robin Hood and Maid Marian (SD#1 aged 4 I think). One of my springer spaniels ate a fifth notable triumph, unfortunately - before the candles had even been lit.


But my Thunderbirds effort was bad, oh so deeply, deeply BAD and cringey and embarrassing and I only thank the good Lord that 6 is the age at which it seems to be considered OK for parents to dump and leave rather than staying the whole way through kids’ parties. So only I, and my sister (who did her damndest to repair the whole disaster) and a bunch of over-bouncy-castled-out 6-year-old boys were there to witness my fall from cakey grace. Awful. Hideous. Like a kind of toppling phallic city. Arrrgghhhhhhh, the shame . . .


(But thankfully long before Cake Wrecks came along, or I might have felt compelled to fess up and send along a photo of the whole debacle.)
Posted by Juliet at 11:13

'Cake Wrecks' is fantastic, isn't it? I came across it at work and was reduced to tears of laughter, which was very hard to explain to my fellow office denizens.